Oversight of Oversight – the Board of Morticians

We have had FCAI representatives at the last two regular meetings of Idaho's Board of Morticians, in January, and July. The Board tried to put a legislative proposal through in last year's Legislature, but it failed after members of the industry raised points of contention to the Business Committee chaired by Rep. Max Black.

For the July meeting, we were given an advance copy of draft proposals for changes to Idaho Code, and to the Rules of the Board of Morticians. That gave us the ability to prepare a response, and to be part of the discussion at the public meeting. The good news is that the Board's proposal to relax the reporting requirements for sellers of prepaid contracts was tabled.

The draft proposal was to simply have the Board (which practically means the Idaho Board of Occupational Licensing's staff, on the Board's behalf) "examine the trust account, records, documents and contracts" of sellers "as often as it deems reasonably necessary." In other words, the burden of reporting by the businesses who sell (and benefit from) prepaid contracts would shift to active oversight by a state agency, which has more than enough to do already.

Businesses that benefit from the license to sell prepaid contracts should accept the responsibility for documenting the money entrusted to them. The existing law better serves the people of Idaho, and we are thankful that it will remains in place. 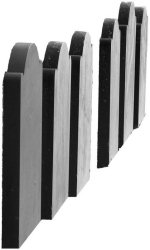 As the State's only extant Board of occupational licensing that provides oversight of the funeral industry, the Board of Morticians has an inherent conflict of interest. It comprises three Morticians after all, who have a proprietary interest in the system as it is, with their profession in charge. In spite of the fact that Idaho law does not require embalming of dead bodies as a matter of course, Funeral Establishments are to have embalming facilities, and to have at least one Mortician on staff. Funeral Directors must serve as trainees under the supervision of a licensed Mortician before obtaining a license from the State.

This is not the only possible structure for oversight, of course. Neighboring Washington State has a Board of Funeral Directors and Embalmers, for example, and one does not need a Mortician's blessing to be a licensed Funeral Director. Their State Board also has one general public member, in addition to its four funeral directors and/or embalmers.

If you are interested in working with the FCAI Board for legislative reform that reflects our interest in consumer (rather than industry) protection, please let us know.

Related: The Idaho Board of Morticians website includes their current Rule modification proposal.

Here's a great idea from a business in St. Paul, Minn.: the no name lumber co. sells inexpensive caskets made from reclaimed material.

"Our Caskets are NOT WORKS OF ART. Each is built from the reclaimed lumber and consequently the style is similar but the wood always has its own characteristics.... This is for the seriously interested in being buried or cremated in a fully recycled and biodegradable container. We do not attempt to finish them with any varnishes, etc. Nor do we use any reclaimed products that have used any of these kinds of products previously...."

MANY STREAMS TO THE BIG WATER: WAYS TO SAY GOODBYE

Our end of life rituals are essentially an ending and a beginning, acknowledgment of the reality of death, a way to show respect. Ritual can include a promise to remember one who will be missed by the community. All these functions of ritual are the film The Undertaking, recently shown on public television.

Thomas Lynch argues that detachment from the unrecoverable past, a shift from shocked disbelief to healing, is the essential work of professional funeral directors. These professionals have taken responsibility for what was traditionally the work of family and community. Now, families are often scattered and life less communal. We may have given up family connections (and faith) along the years. Hiring out the final details may be the best choice.

If you missed the broadcast on Frontline, you can read more about Miri Navasky's and Karen O'Connor's film about Thomas Lynch and his family's funeral business, join the discussion of the film, or watch it online, on the Frontline website.

Conventional public rituals of respect and farewell can meet important needs. They can free us from the awful details while we cope with other difficulties, from the familial to the financial. A big memorial service can serve additional functions, as suggested in Edward Ball's study of the African American descendants of slaves who once lived on the plantations of his ancestors. One branch of the family, descended from cross-racial unions, specialized in providing funerals for the prosperous mulatto community of Charleston, South Carolina. A handsome funeral was emblematic of achievement and hope, with implications extending far beyond any one individual.

Still, we face dangers and frustrations when hiring out the business of processing a death and its memorial. Honorable funeral providers have always existed, of course. But Jessica Mitford's book, The American Way of Death (1998 edition available from the FCA Bookstore), first published in 1963, provides still-timely reminders of how an industry can organize around maximizing profit from grieving survivors and fearful, well-meaning elderly trying to make arrangements before they are needed. This is when we need resources like that provided by the Funeral Consumers Alliance.

We can do more. From our own losses and those of others we know that expressing our loss and celebrating what remains—continues—is much more complicated than taking part in any single service. We have experienced many losses, including opportunities to share, to listen, to learn, to settle unfinished business with this person. Regrets, arguments may continue in our heads for years. We have also lost the possibility of comfort, and part of our history, of being known, faults and all. Can we find ways to help ourselves and each other, lift ourselves up when we stumble and build something from the obstacles? 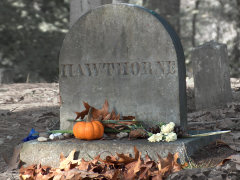 We have many resources these days. We can select a service provider, conventional or not, who will guide and then follow our instructions. We can identify alternatives, including those related to religious preferences or the lack of it. Many nonprofit organizations can help, from faith institutions to ethical societies like the Humanists of Idaho, which has its own ordained Celebrant.

We can design our own ceremonies, find music, poetry, photographs and friends who will tell our story or that of someone we love. We can hire a hall, use the meeting place of the bridge club; hang the best quilt or park the favorite motorcycle. Serve punch or beer. We can acknowledge the preferences of the avid recycler by helping to push a cardboard box into the crematory fire. We can celebrate by hiking up a mountain and lighting a candle, or by bungee-jumping over the Snake River canyon. One of my favorite personalized ceremonies was described at the wake for former Idaho Statesman journalist Betty Penson Ward. Three women met at a mall for lunch, with a Nordstrom shopping bag representing Betty sitting on its own chair at the table. The bag held a pinch of Betty's cremains, which were scattered discreetly in an undisclosed nearby location in commemoration of one of Betty's major passions, shopping with friends.

We can act in the name of what our beloved most valued. Name them, claim them, do their work.

Jeanette Ross is a member of FCAI , an author, and a Boise area storyteller.

Lisa Carlson Responds to "The Undertaking"

The Frontline interviews with Lynch and families—The Undertaking—was certainly a poetic reminder of  how poignant funeral rituals can be. The program shows a concern for families and community at a time of death in a way that reminds us of the old days, when neighbors would come in and help with the laying out of the dead, free of charge.

In today's world, however, the purchase of a funeral is also a business transaction, in which the interests of consumers are protected by the Federal Trade Commission's (FTC) Funeral Rule. In the program, the Lynches appear to have ignored the Rule, breaking the law in their dealings with at least three families. Was Anna Dugan given a casket price list showing the range of costs before going into the casket show room, or was that the piece of paper Sean Lynch kept in his hands as he deftly escorted her to a Newpointe Stainless Steel casket at a price $1,000 higher than that selected for the average U.S. funeral?

"In his book, Lynch goes on and on about what a privilege it was for him to handle his father's funeral. Strange he wants to keep others from the same privilege."
–Lisa Carlson

There was nothing visible on the laps of the Verrinos or on Tom Lynch's desk in front of them that was likely a General Price List (GPL) of all the funeral options from which they could choose for baby Anthony, even though such a list is a basic requirement of the FTC Rule at the start of any funeral discussion. Was this because the Lynches will give away this funeral, as many funeral directors do for infants? We weren't told.

It was evident that Anne Beardsley and her aunt Mary Leonard were given no GPL prior to discussing cremation arrangements. Did the Lynches go out of their way to line up TV prospects for whom cost was no concern and hope we wouldn't notice?

Michigan is one of only seven states where a family may not care for their own dead, where a dead body becomes a hostage of the funeral industry. The Lynch brothers have been vocal in opposing any change to the law that might enable Michigan residents to reclaim their family rights. Although the Lynches tout that the funeral is a healing and meaningful experience, their objections ring hollow and self-serving when they insist that funeral directors must be involved even when they're not wanted. At least the Verrinos insisted on their right to carry little Anthony's casket themselves.

Lisa Carlson is the Executive Director of the Funeral Ethics Organization, and the author of "Caring for the Dead: Your Final Act of Love."